The European Union is often seen as a legislative giant on clay feet, and many would argue that one of the reasons for this feebleness is the lack of a proper fiscal capacity at the Union level. The EU budget still consists predominantly of Member State contributions, and only a small amount relates to direct contributions raised by customs duties on goods from third countries and VAT. The fiscal sovereignty of the Member States continues to be one of the cornerstones of Economic and Monetary Union (EMU), the internal market and the Union more generally. In the long term, the current state of affairs may not be sustainable, especially in light of the need to ensure the macroeconomic stability of the euro area and the financial imbalances in the Union as a whole, with increasing calls to transfer some ‘re-distributional’ tasks to the European level. While progress towards a fiscal union, perhaps as one of the future elements of a ‘genuine’ and more stable EMU, remains deeply problematic, it is increasingly regarded as necessary or desirable. This debate needs to be placed against the background of the current state of fiscal federalism or distribution of fiscal powers between the Member States and the Union. This workshop provided a much-needed overview and critique of the current state of affairs in this area, as well as an analysis of the problematic of, and proposals for, future developments.

This conference was supported by the Centre for European Legal Studies at Cambridge, the Durham European Law Institute, and the European Research Council. Held at the Lauterpacht Centre for International Law in Cambridge, this one day conference brought together leading scholars to debate the current distribution of fiscal powers between the Member States and the Union. 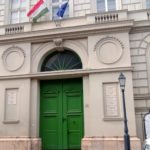 The Budapest Conference on “Constitutional Law in Context” was organised by Durham Law School, ERC Starting Grant Project: “Neo‐Federalism” and the Institute for Legal Studies, Center for Social Sciences at the Hungarian Academy of Sciences.

The conference took place in Budapest on 22 September 2016.
Conference Programme

Durham Conference “The United Kingdom: Federalism within and without” (2015)

This conference brought together leading scholars to discuss ideas of federalism within the UK as well as the role for federalism in the relations between the UK and the European Union and the Council of Europe.

The workshop brought together a small number of outstanding scholars from law, political science, philosophy, and sociology to discuss and assess the ideal and real scenarios in which democracy beyond the nation states should and does take place. Of course, the debate about democracy beyond borders is not new; there have been extensive philosophical and political reflections stretching back through the ages. The purpose of the conference was to reconsider these debates and the attempts at supranational institution building that have been made, especially in the 20th century. This reconsideration is prompted by the paradox created by the ever-greater demand for global cooperation and the declining belief in the legitimacy and efficacy of international institutions. The central questions for us are: Is the democratisation of relations between political communities still defensible and feasible?  How can the relations between political communities be democratised within regions and beyond? What are the realities and possibilities of global democracy and global citizenship? To what extend do “compound” democracies, like the European Union, offer a federal solution to the democracy beyond political border? The workshop approached these questions in two panels. The first re-examined the philosophical arguments; and the second looked at realities.

Following its successful inaugural session in 2013, Cambridge and Durham Universities have decided to join forces again to organise a two day conference on “Governance and Globalisation: International and European Answers”, held at the Lauterpacht Centre for International Law, University of Cambridge. The conference was kindly supported by the European Research Council, and the Durham Global Policy Institute (GPI). It brought together academics from international and European law, as well as international relations, to exchange their views on the normative foundations, problems, and solutions, to governance issues beyond the State. What is, or should be, the role of the United Nations, the World Trade Organisation, or the States generally in the solution of collective social problems affecting the entire globe; and what is the role of regional supranational organisations, such as the European Union? Can the European Union provide generalisable answers to international problems?