The last three decades have seen the rise of a new regionalism within States. The two paradigmatic examples here are Spain and the United Kingdom. In the last decade the devolution discussion has also intensified in Italy. The rise of a “meso government” (M. Keating) is fascinating as it represents a constitutional expression of the principle of subsidiarity and its preference for smaller political units over bigger ones in the exercise of public functions. 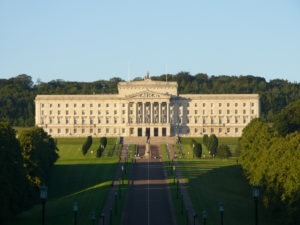 The Spanish decentralisation process started thirty years ago (1978-1983) with the emergence of Autonomy Statutes and Autonomy Agreements. A similar process of devolution has more recently taken place in the United Kingdom. At the end of the 1990s, British devolution saw the establishment of regional assemblies in Scotland, Wales and Northern Ireland.

National constitutionalism thereby still strictly distinguishes “devolution” from “federalism” by pointing to the sovereignty of the nation state. But is this not a legal veneer over a different political reality? The family resemblance between regionalism and federalism will be discussed in this sub-section.

Regarding Spanish regionalism, this research project explores the so-called ‘State of the Autonomies,’ the system of devolution established in the 1978 Constitution. Particular attention is devoted to five main issues: (1) the constitutional assertion of the unity and indivisibility of the Spanish nation, which implies a conflict between the sociological reality (plural) and the legal framework (unitary), is analysed; (2) in Spain unity was imposed by the military, and the Constituent Assembly resorted to several theories to legitimise the non-democratic origin of Article 2 ex post facto. The scholars who were cited during the constitutional debates (e.g., F. Meinecke, J. Ortega y Gasset, F. Tönnies), and the way their theories were used then to reinforce national unity are studied; (3) Article 2 of the Constitution leaves no room for national mobilisation within the Spanish state. However, peripheral nations, especially Catalonia and the Basque Country, strive for self-determination. The possibilities of exercising such a right according to international law, constitutional law and human rights law are also evaluated. (4) Federalism is sometimes suggested as an alternative to secession in order to ease national tensions. Furthermore, some scholars hold that the Spanish State of the Autonomies is a de facto federal state. Both issues are assessed, trying to determine whether or not the State of the Autonomies equals a federal state, and what, if any, conception of federalism could serve to solve the national question in Spain. (5) The options to constitutionalise self-determination, including the possibility of seceding, will be explored. After the recent decision adopted by the Catalan Parliament on calling an independence referendum before 2017, either agreed with the rest of Spain or unilateral, this issue becomes more urgent. 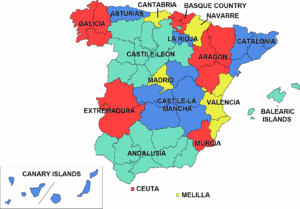 The autonomous communities of Spain

Spain and the UK from a comparative perspective

This research project makes a comparative analysis of two plurinational states that have conferred some degree of autonomy on regions: Spain and the UK. Three main aspects are studied:

(1) the strategies used by each country in order to accommodate national minorities;

(2) the Scottish and Catalan independence processes;

(3) the role played by the EU in both secessionist movements. Particular attention will be paid to the post-Brexit scenario in relation to Scotland.

Since the 1948 Republican Constitution, Italy can be qualified as a unitary “regional” State organized in territorial autonomies. The Constituent Assembly drafting the 1948 Republican Constitution expressly rebuffed the “federal option”, but, at the same time, it included in the first part of the Constitution—devoted to fundamental principles—an article which enshrines both the unity of the Republic and the promotion of territorial autonomies. Article 5, “The Republic, one and indivisible, recognises and promotes local autonomies, and implements the fullest measure of administrative decentralisation in those services which depend on the State.”.

The research explores the evolution of Italian “regionalism”, as first envisaged by the Republican Constitution and then developed with the 2001 constitutional reform—significantly bolstering the powers of the Regions—and with the (failed) 2014 constitutional reform attempting to re-transfer legislative competences from the Regions to the central State while creating, at the same time, a Second Chamber representative of territorial institutions.

The waves of Italian regionalism will be compared with the UK models of devolution. The comparison will be devoted, among other aspects, to the way in which power has been transferred from the central State to territorial autonomies/devolved legislatures and the difficulties in managing asymmetric devolution.

The 1998 devolution acts brought about the most significant change in the constitution of the United Kingdom since at least the passage of the 1972 European Communities Act.  Under those statutes devolved legislatures and administrations were created in Wales, Northern Ireland, and Scotland.  Scotland has been chosen as a case study for this examination, both because the Scottish Parliament has been granted the most extensive range of powers and legislative competences of the three devolved areas, but also because the ongoing debate on Scottish independence means that the powers and competencies of the Scottish Parliament are very much live questions.

On the 28th March 2017, the Scottish Parliament voted to support a motion which authorised the Scottish Government to enter into negotiations with the United Kingdom on the holding of a second independence referendum in Scotland.  The prospect of a second referendum revives a fascinating, but unresolved, question which hung over the first ballot: were Scotland to vote for independence, from what source would its claim to independence derive its legal force?

Payero-López, Lucía: ‘The Right of Self-Determination in Spain: A Brief Account for Ashtonished Aliens and Unsuspected Nationals’ (in Spanish). Revista d’Estudis Autonòmics i Federals 23, 2016, pp. 46-79.