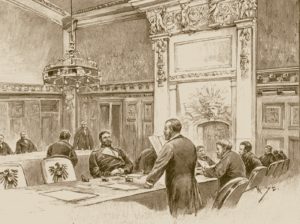 Victim of the nineteenth century’s obsession with sovereign States, German federal thought came to reject the idea of a divided or dual sovereignty. Sovereignty was indivisible, and the ‘new’ federalism was thus thought of in terms of a sovereign State. The ‘Federal State’ was seen as the ‘new world’ that de Tocqueville had been searching for. This subproject looks in detail at the genesis and evolution of the idea of the “Federal State” in the German constitutional context. It begins with an analysis of the 1871 Imperial Constitution, moves to the 1919 Weimar Constitution, and finally looks at the federal philosophy behind the 1949 Bonn Constitution.