The United Nations and the WTO

May we qualify these international developments with the language of federalism?

(1) Federalism in The United Nations

(2) The Word Trade Organization and the Idea of Federalism

This research explores the contribution that the World Trade Organization (WTO) to multi-level governance through the lens of Federalism.

Building upon the discussion on the different aspects of the constitutionalisation of the WTO, this research project aims at clarifying the relation between the World Trade Organization and the broad framework of public international law and the nation constitutional systems. In doing so, a key aim of this research is to investigate the regulatory evolution of the founding principles of multilateral trading system, framed as tension between progressive negative liberalization and positive integration, at different levels of trade governance.

Moreover, this research  focuses on the current fundamental shifts in global trade governance, parallel to the WTO. In the recent years, various Preferential Forms of Trade Integration have been established between a wide range of states, within and outside the WTO framework: regional and mega-regional trade negotiations,  as well as plurilateral and “critical mass” agreements, such as the re-negotiation of the Government Procurement Agreement. 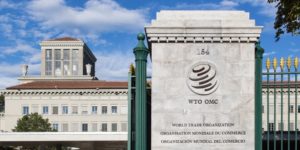 In line with the growing importance of these regional integration mechanisms, this sub-research project aims at exploring the implications of these agreements in terms of fragmentation, underlining the potential of Federalism in the current development in global trade governance and in the specifc case study of Government Procurement.