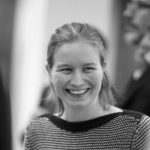 In September 2016, Ruth Houghton joined the Neo-Federalism project as a Research Assistant. She joined Durham Law School as Graduate Teaching Assistant and PhD Candidate in 2013. Prior to coming to Durham, Ruth obtained an LL.M with Distinction from UCL. Her Masters focused on public international and EU environmental law. She also holds a degree in English and History from the University of York and a GDL from the University of Birmingham, where she was also awarded the Dr Branthwaite Prize.

Research for the Project

As part of the project, in Sub-Project 4 – International Federalism, Ruth has been researching on Global Constitutional Law and Global Law. In relation to Global Constitutional Law, Ruth is primarily concerned with the norm of democracy. Throughout her research, there is a recurring investigation into concepts of constituent power. This can be seen in the investigation into the use of constituent power and demos in global constitutionalist literature as well as research on the democratic credentials of non-governmental organisations at the United Nations.

Global Law is an emerging field of legal scholarship and a potential new system of governance  that sits alongside international legal frameworks. Ruth has explored the role of metaphors in the structure of global law, the relationship between international law and global law, and the role of the state within global law. For some of her research she has used feminist methodologies to ask questions about the constituents of global law and for other aspects of the research, she has used an inter-disciplinary approach between law and geography.

‘The Rubik’s Cube of International Law; Democracy and NGOs’ (The Challenges for Legal Thought in a Contemporary Society Newcastle Law School 2014)

‘Conceptualising Global Space and the “Place” for Democracy’ (Society of Legal Scholars, University of Nottingham 2014)

‘The Metaphors of Global Law’(Society of Legal Scholars, University of Nottingham 2014)

‘The Boundaries of Comparative and Global Law’ (ICON, Berlin 2016)