International “Federalism” – Britain and its Empire 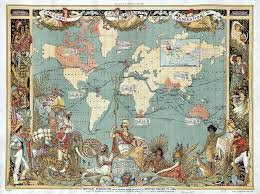 Modern federalism emerges with the rise of the Westphalian State system. The peace of Westphalia introduced a distinction that would structure our modern legal imagination: the distinction between national and international law. The former was the sphere of subordination and compulsory law; the latter constituted the sphere of coordination and voluntary contract. Federal relations are seen as voluntary contractual relations under international law between sovereign states.

We can see this “international” understanding of federalism in the eighteenth century constitutional history of Great Britain. The first episode of the modern federalism debate is the debate on what kind of union should be established between England and Scotland (“incorporating union” or “federal union”), and the discourse on the constitutional philosophy of the British Empire. Both British legal discourses betray the international format of the federal principle as a principle governing the relations between sovereign states. This project will explore both legal discourses.